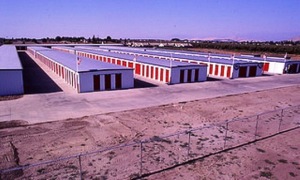 Any meditation on the current state of our nation should include consideration of the recent ubiquity of self-storage facilities. On our recent Eastern Seaboard sojourn I was surprised by the frequency and size of them along the highway. What’s going on? Are we as a nation storing up goods essential to our survival in an imminent Armageddon? Are these ominously boring sites the nuclear age equivalent of our ancestors’ grain silos? Will they save our tribe from starvation and annihilation? Are these the safe-deposit vaults in which the aesthetic prizes of our dominant civilization will be preserved for a kinder prosperity? Or are they evidence of yet another weird twist in the evolution of a society obsessed with the obesity of ownership?

There are now more than 50,000 such warehouses for personal goods across the country, offering Americans close to two-and-a-half billion square feet of rental space in which to stash the shit they can’t fit into their already stuffed houses and garages and backyard storage sheds. In spite of the fact that the size of the average American home has doubled in my lifetime, one in ten households now feel the need to store their excess elsewhere.

Or is it that simple? The earliest such storage spaces, in the late nineteenth century, were for the metropolitan rich—basically well-guarded buildings where the Gilded Agers could safely place their valuables while they were travelling or away at their vacation homes, a cool place for their out-of-season furs or that extra grand piano. Art collections gathered there, heirlooms, and out-of-fashion antiques. Think the end of Citizen Kane. An ancillary attic of the rich and famous, an expensive perk.

Today’s roadside facilities have no such white-glove pretentions, and the class they attract is not the mansion set. Who are they then? Many are victims of what sociologists call “life events”—divorces, foreclosures, sickness, deaths in the family, job dislocations, bankruptcy. For some a rental storage unit is just a temporary measure as they get their life, hopefully, back on track. For others it is the end of the line, for whom even the monthly storage rental fees become more than they can pay, and they walk away, leaving what they have saved of their lives up for forfeiture and auction. In one way these facilities are the ultimate pawn shops, testimony to the new transient uncertainty of life for the working class.

But for many other people a storage unit is just a place to stash the crap they can’t bring themselves to trash. Other species hoard, but usually just things to eat. We started out as hunters and gatherers. Few of us now hunt to eat, and our instinct for gathering has little to do with sustenance. We gather now to identify ourselves by what we possess. Property is status. We even invented a “right to property” to sanctify our accumulative lust. Stuff is us. Don’t give it up.

The potlatch customs of indigenous Columbia River nations enraged early American immigrants. Here a prominent family would assert its status by divesting itself of what riches nature—and the salmon-rich river—had bestowed upon them in a grand show of largesse and self-diminishment. A truly Satanic impulse! But even those first Anglo invaders brought with them only what they needed. True excess consumption was yet an American dream.

On one website I read an exchange among militia survivalist types about what to hide in your storage unit—stockpiles of provisions and ammunition up front (keep the weapons ready at home)—in preparation for the ultimate property fight. But padlocked behind most of those folding steel doors is the past, not the future, what Americans don’t need but don’t want to give up. When it comes to stuff, you can’t take it with you, but you can leave it for someone else to deal with.

What Would Buddha Do? 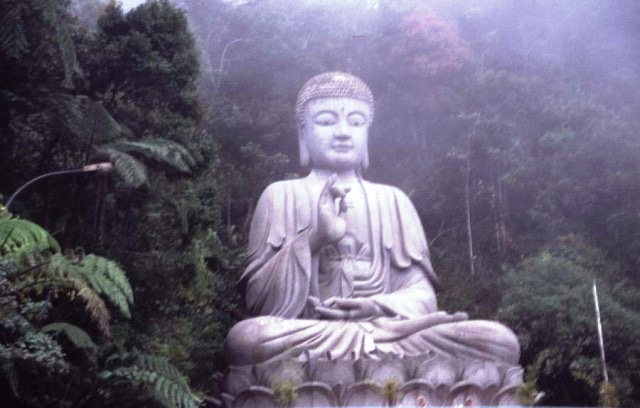 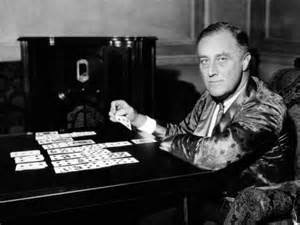 A couple of weeks ago I saw a cartoon of a child watching her father play solitaire with a deck of cards. She says, “I didn’t know you could play solitaire without a computer.” I sometimes play solitaire on my laptop, a solitary vice but hardly an addiction. It could be a meditative exercise or a waste of time, or both. Sometimes when I am mindlessly clicking through the digital deck, I will be treated to vivid memory replays of scenes from my past, or a story plot problem will solve itself. I once wrote a short story about a game of solitaire that kept repeating, the exact same cards, time after time. Being human, I discover (mistaken) patterns in the order of cards and devise (pointless) strategies against randomness. If I play with troubles on my mind, I lose.

During one particularly egregious series of losses I came to wonder how many ways I could lose. On line I discovered the following:

How many possible games of solitaire?

That made me feel special. Participating in a 1 in 10 to the 67th event is as close as I’ll ever get to the infinite.

What are the odds of winning a game of solitaire?

The only way to answer that question is to play lots of games of solitaire and see what the average is. Fortunately someone has taken the time to do that. He claims that if you are playing normal “Draw 3 cards, keep going around deck” (Klondike) solitaire your odds of winning are roughly 1 out of 6 games. I don’t believe him, but then my laptop doesn’t let me cheat. Is there an app for that?

Cities I Have Walked This Way

(looking for sense in the time map)

Take it to the wall again tonight, bro.

Finish the bottle and the cigarettes.

You’re not there yet. Take it to the streets

long after midnight. At the market

women are sleeping beside their taro.

Take it to the waterfront where always

everywhere men are awake with their

cigarettes. Walk it past the police station,

let the back street dogs bark at you.

Take it back to your indigenous city jungle,

Take it back, reclaim your birthright—

a women in your brain driving you crazy and

a long walk home where you don’t want to be

because the words won’t begin and

the bottles are empty and the bed

is a succubus. Walk it off, shake it off,

walk through that wall to survive.

“I think you travel to search and you come back home to find yourself there.”
― Chimamanda Ngozi Adichie

3700 miles later, Connie and I drive back across the Jamestown Bridge from Kingstown onto our home island, making this a roundtrip. We have been dodging weather all the way up, waiting for windows of warmth to the north. Not all journeys are roundtrips. There have been many places of no return, just passing through.

There have been hitchhiker wandering times in my life when I would wonder if the strange town I was hiking into with just a pack on my back would become a terminus destination. I might meet some woman in a bar, find some seasonal work; and the next thing I’d know it would be three seasons later, she’d be pregnant, and I’d just bought her a used washing machine. That almost happened a couple of times. Life would have been different. Fate is just another name for happenstance. Chaos shrugs off determination. One of them was named Petranella, warmth in a Montana winter.

In and out of time, like traveling from state to state. There is nothing as timeless as an empty highway, where your mind is free. The future is ahead, speeding toward you, but you can’t see it. Or think of it this way—that you and the present are stationary, unmoving, and the world and time are speeding past you. 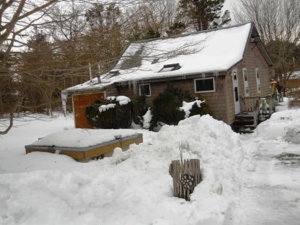 Back to our cabin buried in snow where the road ends at the woods, a single deer track through the drifts. The Weather Channel has made it from Juno to Thor in the naming of storms in our absence. I turn my cell phone back on. The six weeks of collected mail is mostly bills. The first night back my dreams are all of Samoa and filled with the dead. Is déjà vu caused by past dreams of the future? In Florida the most common birds were the always effortlessly circling vultures.

Roundtrip. Desert nomads followed a cycle, always moving, always returning. No true navigator ever set sail thinking that he could never return. We come home and find ourselves, like an imprint in a favorite chair.

I started this blog to record this trip. My friend Ken Shane suggested it. He would set it up and manage it for me. A new medium, on a slightly different wave length. I had never read a blog (still haven’t), so I have probably done it badly. I took it as a sort of challenge—to take the day-to-day and make it entertaining. All us writers are only entertainers after all, sideshow hawkers peddling distraction.

An obvious point of this journey was to escape the miseries of New England winter. In this it was eminently successful. It was snowing the day we left Rhode Island, but we had no idea how record-breaking miserable the weather would become in the ensuing weeks. I have avoided drawing attention to the contrast. Schadenfreude is not among my guilty pleasures. And it was chilly in Key West. I had to wear long pants. 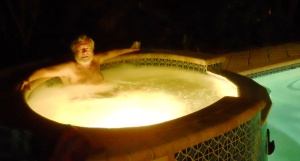 This blogging is sufficiently self-aggrandizing without rubbing it in. What else is this exercise but the blogger’s self-assertion of his personal significance? I am important. My opinions and observations are worthy of someone else’s attention. But then, isn’t that the message of all this new “social media”? The hubris wave lengths have become hugely profitable for their purveyors. No need to create a market for ego, just pander to it. Every child who ever pled look at me is a potential addict in this lottery for acknowledgement. The result? A universe of mundane revelations seen through a thicket of selfie-sticks.

At the outset I promised to be honest. It has been great living in gym shorts, T-shirts, and flip flops. Some days the sun has been too hot to absorb for long. The food has been great, and the constantly changing company of tropical birds a pleasure. Back home our empty house is snowed- and frozen-in, my pickup truck buried until spring. I’ve been glad we haven’t been there.

Tomorrow we head back north in gradual increments, retracing traversed country, back to the past where the future lurks. Who knows if we will return this way again?