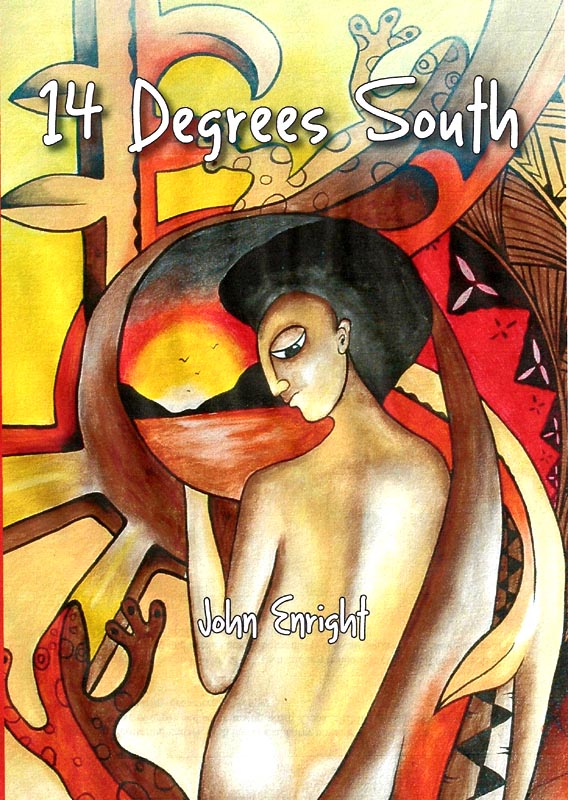 Winner of the University of the South Pacific Press’s inaugural International Literature Competition.

fr. the journals of John Williams
the first white missionary to reach Samoa
describing the sa`e the concluding
section of the poula or night dance
that the new church would keep
banning for decades:

“This scene concludes
by the men approaching the young virgins
& with their tongues perform what
one beast does to another.”

The Pacific Ocean covers 70 million
square miles of the earth’s surface.
One song that was sung in the sa`e
directed:
Untie your `ie and throw
it into the house
Then dance the sa`e naked.
When one side of the papaya
is golden
the whole papaya tastes sweet.

Less than 2% of that area is land.
The virgins have taunted the men for hours.