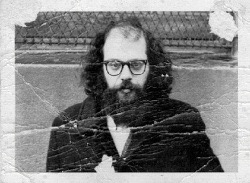 The historical fact of the Vietnam War seems unavoidable, especially if you were an American male of draft age in those years. It was like a Berlin Wall that held you in on one side, limiting your options and actions. The only approved gate through that wall led to induction, boot camp, and jungle warfare in a bullshit cause. At an age of dubious choices, to serve or not to serve had a crisp Nietzschean either/or clarity. Yes, part of the decision had to do with authority—whether your life belonged to you or to some other, outer, abstract, if very enforceable, power. But an even stronger factor, I think, was the conviction that the whole American escapade in Southeast Asia was just fucked up from the start to whenever enough innocents would die to make it end. There is resisting authority and there is questioning authority. Not that the authorities can tell the difference.

While an undergrad in night school at CCNY I worked for the Fifth Avenue Peace Parade Committee, organizing the first mass anti-war protests in New York City. I volunteered my after-midnight hours to turning out flyers on the Socialist Workers Party’s mimeograph machines (remember that smell?). I was a Manhattan group leader for the first March on the Pentagon, where Allen Ginsberg and others tried to levitate the building, and instead hundreds were beaten senseless by redneck federal marshals with four-foot batons, as a line of soldiers with fixed bayonets behind the seated protestors pushed them forward into the gleeful G-man gang of blood-splattering pigs in cheap Sears suits and fedoras like my dad used to wear. I was there. I saw it. I escaped by flashing my Newsweek credentials at a freaked-out National Guard lieutenant no older than I was who let me through the line of bayonets. I wasn’t there to be a martyr. Back in New York, I filed my eyewitness account, which the editors totally ignored, reporting instead on the amount of trash the protestors had left behind. I quit Newsweek.

I was a draft-avoidance counselor and an efficient draft dodger myself. But I really didn’t like the mechanics of the movement—the meetings, the manifestos, the egos, the whackos, and the FBI spies. The Socialist Workers Party gang were especially gruesome and humorless, no, make that witless, the dogs of dogma. I think they were mostly undercover agents who didn’t enjoy their jobs very much. It is interesting that in those years I made no friends inside the movement, not a single lover.

Well, I did turn one offer down. We were doing a sit-in/sleep-in occupation of an auditorium on campus, a sanctuary action for two AWOL draftees who didn’t want to go back to Nam. I was working logistics, getting food and water into the now police-cordoned-off protestors. Everyone was trying to keep the scene peaceful. Everyone knew that sooner or later (probably sooner) the protestors would return to their regular lives and the two AWOL dudes would be duly arrested and punished. For the third or fourth night, tired of protest rhetoric and sectarian rants, we arranged a read-in and invited as many sympathetic authors as we could muster. Our star attraction—the media took notice—was Allen Ginsberg.

After the reading, after the cameras had left, those of us remaining, a couple of hundred committed kids on a camp out, spread our blankets and sleeping bags on the auditorium floor. Allen came over and asked me very nicely, sweetly really, if he could share my sleeping bag. I had to say no. He held my hand for a minute, then kissed me on the cheek and ran his fingers through my hair the way a girl would. Then he smiled and left. There were plenty of sleeping bags there he could share that night.

The night that Lyndon Johnson went on TV to say he would not run for re-election, I got cosmically drunk on rum at Michael Joyce’s place then walked—stumbled—the streets of the Upper West Side, becoming soberingly aware of how little any of this really had to do with me.

A couple of years later, in Berkeley, a fellow anti-war activist had her purse snatched on campus. When she reported it to the campus police, they showed her photographs of possible suspects collected in several large photo albums. Later she told us, “You were all in there, all of you guys, all of my friends. Photos taken with telescopic lenses on campus. From the top of Sproul Hall at demonstrations, in the Plaza handing out flyers, talking to people at rallies. John, they even also had black and white photos of you from back in your New York days, very complimentary.”