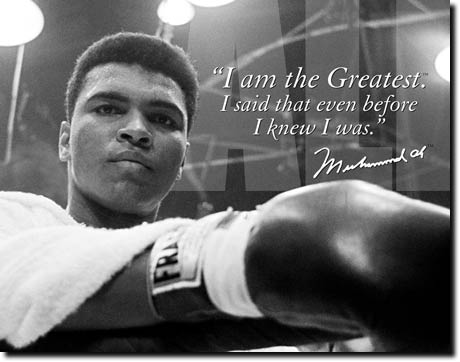 Watching old news clips this week of Muhammad Ali defending his choice to refuse to be drafted during the Vietnam War brought chills to my limbs and tears to my eyes. The definition of a hero. It also raised half-century-old memories of a time I had buried, a time when I and many of my contemporaries were publicly vilified and attacked for our opposition to that war and the draft that fed it corpses, a time when my own father and eldest brother exiled me from the family home for my stance on the war. My dad called me a Commie. My brother called me a Viet Cong.

I remember marching in the first Fifth Avenue Peace Parade in New York, March 1966. As an organizer, I was a parade marshal, which meant I walked on the outside of our contingent, between the marchers and the hostile crowds that lined the avenue. And they were hostile. Even the police, who supposedly were there to keep the peace, hooted and screamed at us. I was shoved and punched. I was foolishly wearing my best clothes, including a baby-blue Irish wool sweater my girlfriend had just given me. The crowd was throwing things at us—eggs, trash, liquid stuff, including red paint. Throughout the march I worried about that red paint getting on my sweater. I was just 20. I was marching to save my peers from seeing their uniforms soaked in their own blood for a pointless cause, and I was worrying about paint on my sweater.

I am not comparing myself to Ali or anyone else. I have nothing but awe and respect for the men and women who fought and died when their misleading leaders asked them to fight and die. There was nothing heroic about my low-echelon anti-war contributions. I was there for six years ; I did my part; but others did the heavy lifting. My life was not interrupted. But there were millions of us who did protest, who, before Twitter and Facebook, took to the streets, organized sit-ins and petitions, ran mimeograph machines late into the night, and counseled others on how to avoid the draft. Looking back, I am also in awe of those patriot citizens who fought on the home front against the loss of American ideals. Will history remember how virulent and vile their treatment was in the middle and late ‘60s? Ali’s story reminds us.

A year later, in August 1967, I was the marshal for another Manhattan contingent at the first, 100,000 person March on the Pentagon in Washington. At the time I was working in the Editorial Research Library at Newsweek magazine. Before I left for D.C. I persuaded my boss at Newsweek to issue me ID as a stringer for them on the promise I’d file an eyewitness report upon my return. There are plenty of versions of that event. I was in the middle of it. I was seated cross-legged on the pavement in the inner circle when the federal marshals in their cheap suits and ties and five-foot batons started clearing out the rows of sitting protesters in front of me. It was brutal. There was blood. The red-neck marshals especially enjoyed clubbing the girls. Just behind us was a row of soldiers, National Guard, rifles fixed with bayonets, holding us in to be arrested.

By then it had been many hours since we had massed and marched across the bridge from Washington. I really had to take a piss. I knew that when the marshals reached me, clubbed me, and dragged me away I would piss my pants. I also couldn’t see the value of being beaten and arrested. I was chicken. I stood up and faced the young lieutenant in charge of the guardsmen behind me (me now not us), a young man not much older than myself whose face was pale and sweaty with fear. I showed him my Newsweek ID and said, “You’ll excuse me please.” He stepped aside and with a hand on my back pushed me through his line of troops. Behind me I heard the sound of wooden batons hitting flesh and bone as I walked away through the encompassing crowd.

I turned in my in-depth report as promised, an eyewitness account of pacifism met with brutality. The march would be Newsweek’s cover story that week. On Thursdays just-off-the-press copies of that week’s edition were distributed to the staff. It was sort of a hallow moment as everyone stopped their usual labors to peruse the latest product. I read the printed story about the filthy rabble, these Commies and duped fellow travelers, who had demeaned the capital and were summarily dispersed by patriotic forces. What a mess they had left behind. Not a word, not a hint of my reporting was present.

I stood up from my desk in that bevy of desks filled with fellow drones and ripped the magazine in half and threw it in the newsprint trash barrel beside my desk. I took off my gray work smock and threw it in after it. Then I put on my suit coat and left, not to return.

Ali had opted out of the draft in 1966 for reasons as clear as anyone could make them, and he took his punishment publicly and proudly. Five years later, still undaunted, he was vindicated by the U.S. Supreme Court. For all of us in the anti-war movement he was an icon and an idol, and his death brings back those days and the memories of all those others who fought for years against that now historically reviled conflict. He was the greatest.