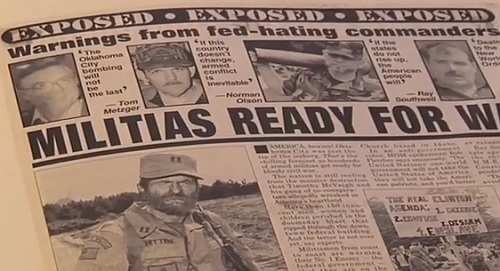 The opening page of the latest chapter of the Dominick Chronicles novel in hand, The Lap of Jeopardy:

The border was closed, in both directions. No one in, no one out of the U.S. The skirmishes had increased in number and intensity, especially along the coasts and in New England. A bunch of states had declared martial law, with legislators fleeing their capitals for safety’s sake. Government buildings were a popular target. Citizen militias were springing up everywhere.

There seemed to be three major factions, none of them coordinated, but each at war with the other two. One faction could be called the libertarians—the government called them anarchists—who claimed they wanted to reclaim their country from the industrial/military/ polluting/profiteering corporations and their puppet plutocratic government. The second citizen faction called themselves patriots—white supremacists mainly, flying the Confederate battle flag—for whom government had always been the enemy. In each of these factions there was a vast smorgasbord of disparate regional and obsessional affiliations. The only belief both factions shared was that the other was the nexus of evil.

The third faction was the beleaguered government—federal, state, and local. In the past year, the poll approval ratings for government had cratered. In the eyes of many Americans, politicians and their institutions had lost any claim to legitimacy. Now the bureaucrats were under attack from left and right. They had allowed the citizens to arm themselves to the teeth, and now they were reaping the bloody harvest of that sowing. Cops and soldiers were being asked to battle their neighbors. Desertions were rampant, and their weapons went with them. There were a hundred fronts, and, unlike in foreign wars, airstrikes could not be called-in to level an insurgent stronghold in, say, Berkeley.

Harry spent much of the day watching cable news. Dominick tried to escape it, but could not entirely. There was a video of men in hunter’s camouflage with assault rifles looting a big-box store, carting their liberated booty away in stolen pickup trucks. Another of firemen being warned off with rifle fire as they tried to approach a blaze in Baltimore. Highways were packed with people fleeing one place for another. Several dams in New England had been blown up, wreaking havoc downstream. Mortar fire from New Jersey was hitting Wall Street in lower Manhattan. 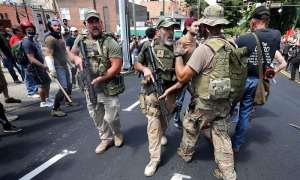 One thought on “The Lap of Jeopardy”