We are an entertained nation. This year the U.S. show biz industry—the entertainment and media market—will make more than $632 billion. That does not include the $70 billion Americans will spend on gambling or the $74 billion on sports. The TV industry’s revenues will be in the neighborhood of $121 billion. As one pundit has observed, “America is the first culture in jeopardy of amusing itself to death.”

Our appetite for entertainment is so ubiquitous it is almost silly to try and draw attention to it. Life, liberty, and the pursuit of being entertained. Our celebrity pantheon is almost exclusively occupied by entertainers, by performers, be they thespians, musicians, or athletes. There was a time, not that long ago, when these professions were among the least respected and poorest paid in our society. Not today. Who doesn’t want to be paid like a star?

So, who is complaining? Who is even paying attention? What’s the problem? Reality is the problem, reality’s diminishing presence. As Michael Crichton, the author of Jurassic Park, has observed, “Entertainment has nothing to do with reality. Entertainment is antithetical to reality.” (And he should know. The four films foaled from his book have grossed more than $1.4 billion.) The more we are entertained, the farther we drift from reality’s anchor. (It is interesting that cheap ‘reality shows’ have become a staple of cable TV. Of course, the staged ‘realities’ they portray have no relation to the lives of their viewers. That would not be entertaining.)

And entertainment is not art. It cheapens the meaning of art by pretending to the name. Art abides; entertainment is ephemeral. The poet W.H. Auden once observed, “What the mass media offers is not popular art, but entertainment which is intended to be consumed like food, forgotten, and replaced by a new dish.” Or, as Eugene Mirman put it more bluntly, “Entertainment is business: the business of fucking art in the face.”

But there is an even deeper problem, and it has to do with our vanishing hold on what is real. Thirty-seven years ago, Americans elected an actor, a not very good actor, as President, a man who had made a living doing TV ads. And as TV infested politics, it slowly subsumed it as a form of entertainment. The veteran newsman Edward R. Murrow saw the writing on the subway walls: “We are in the same tent as the clowns and the freaks now—that’s show business.”

Reality and truth are twins. They are inseparable. Entertainment has put them both in a boat and set them adrift. The fake-news circus maximus is now upon us. Persuasive license substitutes for facts. Faith trumps science. Neilson ratings outweigh the ballot. The most outrageous clown—Red Skelton being dead—is given the title Commander in Chief. We are entertained.

I sit on the shore and watch the tiny skiff with Reality and Truth—our nation’s Romulus and Remus—drift with the outgoing tide into the sunset. But at the end, no credits will roll, and the audio track will be just the sound of the surf and the wail of an empty wind. 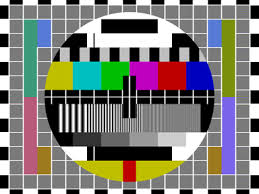 One thought on “U.S.A., That’s Entertainment”