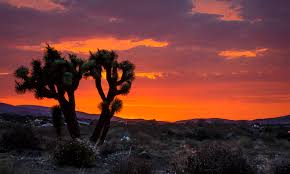 I had always felt sort of goofy around her, a mix of overjoyed and unworthy. I got word that she was missing in a text message from a mutual friend asking if I had heard from her. It had been months—that was not unusual—but no one else had heard from her either. She wasn’t answering phone calls or texts. I don’t think if I went missing, anyone would especially notice. When you retire you disappear. It’s a mid-state, a halfway house to death. At some stage of aging, death sheds its mystery and tragedy and becomes just another given. People fade and vanish. The old address book starts to fill up with eclipsed entries. But her absence was noted.

I was closest. Her place in Nevada was only a three-hour drive away, and, besides, I was retired—what else did I have to do? I texted back that I’d go check. I wouldn’t mind getting out of L.A. It took me more like four hours because I don’t drive as fast as I used to. She was living in a town called Searchlight on the edge of the Mojave. I’d been there before. It was hot.

Edith Head, the costume designer, who won more Oscars than any other woman, was from Searchlight. Clara Bow had had a ranch there, where Hollywood celebs hung out, back in that day. If there were five hundred people in the town, most of them were hiding from the heat. Why she had ended up there I never did learn.

When you’re old and living alone you don’t shower that often. It’s one of those things that had once been so automatic as to be mindless, but now was a hassle easy to ignore. Who cared? There were a bunch of things like that. Like following the news or shopping. The calendar faded. My octogenarian Aunt Helen had once asked, “Is this the Saturday they call Wednesday?” It’s amazing what things no longer mattered. You learned them, dismissed them, sequentially. Each farewell another increment of freedom. There are enough confusions from the past to occupy your thoughts.

Once, right before I retired, in a fever that lasted for days—working on location in Costa Rica—I had made the effort to remember every woman I’d ever slept with. I wondered if they remembered sleeping with me. She was not one of them.

She wasn’t home, but nothing seemed amiss around the house. I’d always liked her wild yard. I sat there a while. It looked wild, but no place else around looked anything like it, so it couldn’t be just naturally wild. Selection and care had played some role. There were subtle tracks through it, surprises. There were patches of shade and bright sunlight. Things that shouldn’t be growing there in the high desert were. But there were no signs of the human touch—no chimes or borders or disturbed earth—just free plants living together. It was her unkempt garden. It was herself. I left a note for her stuck in the front screen door.

There was only one place to stay in Searchlight, the El Rey Motel—”Air-Conditioned Reasonable Rates.” I checked in there. There was also only one place to eat, a place appropriately called Terrible’s Roadhouse, a place with many more slot machines than customers. Another benefit of aging is becoming invisible. I think it may be chemical.  After a certain age your body ceases producing the hormone that says look at me, and people don’t see you. Some folks—mostly female—rebel against this and insist on trying anything to keep being seen. Nice for them to have a hobby.

I rather like being inconspicuous. I’m an observer. I live in a visual world. It’s easier if no one notices me watching them. My hearing has been fading for years now, and that’s another plus. There was always too much distracting noise before. The women playing the slot machines—and there were only women playing in Terrible’s—were not there to be seen. They were at work, in frumpy work clothes. They were old and unshowered. The only mates they were looking for were three mated symbols in a line. If they won, the machine made a louder noise; but they remained the same, seemingly unmoved.

Some people who didn’t know her well had suggested she moved to Nevada to gamble. More likely, she had moved to the desert to get away from them. I wasn’t looking for her in the casino. I knew she had no use for games of any kind. She would laugh at me when I went to the track. It did not seem to have occurred to anyone else that maybe she wanted to disappear—the next step after moving here. That gen-X-and-after addiction to being constantly in contact had infected even some of our pre-gen-X peers. Call and response were proof of existence. For whatever reason, she had opted out.

Once upon a time it had been easier to vanish, and it was no big deal. The simplest escape had been to Baja, some beach beyond phonebooths where nobody cared who you were. Back before tans were carcinogenic. Was tequila really better then?  You shed taste buds as you age, so that tastes become imbued with memory. You could hide out for weeks, and only your agent might wonder where you were, which beach town. Those shitty roads.

Breakfast was good. Most restaurant cooks get their start doing breakfasts, so it’s one thing they all should know how to do. Checked out, I went back to her place, not because I thought she might be back, but because I wanted to sit in her yard for a while before heading back to L.A. She could stay lost as long as she wanted to, as far as I was concerned. My note stuck in the screen door was gone. I didn’t think it could have blown away, but I looked.

I was in the back of her yard where it dwindled off into the desert when I heard a car pull up out front. An old car door creaked closed and a young woman’s voice called out hello. The car was a venerable, battered, sun-bleached Bronco. The young woman was wearing a cowboy hat.

“You the guy left the note? I went to the El Rey looking for you. Mom says come on out.”

I followed the Bronco into the desert, headed for the foothills beyond.

Nevada is known for its gemstones, its opals mainly. There’s an ex-wife somewhere with a Virgin Valley Nevada black opal necklace I gave her. Of course, she could have sold it. It was worth something. That wife always needed money. I’ve been blessed by ex-wives who never looked back. They were all prospectors moving on. The Bronco was more at home than my Lexus on the dead-straight dirt road we took out of town. It was almost midday, so I couldn’t tell from the sun what direction we were headed. Did it matter? The girl had been wearing a silver and turquoise bracelet that flashed in the sun when she gestured for me to follow.

I had bothered to shower when I got up. Something about being on the road and sleeping in a motel bed. Now it felt propitious. The road branched to the right, up a dry-creek arroyo. I was watching the ruts in the road, and then suddenly there she was, gray hair gathered up off her neck and brow, that familiar smile, hands on bib-overall hips, standing in front of an unpainted structure of classic shack architecture.

“Heard you coming. My favorite cameraman. Welcome to Nirvana Mine.”

Of course, it had occurred to me that one of the reasons my relationships with other women had never lasted was because they were not her. “Tis I, come with my hands a hanging, not even a bottle of your favorite mescal.”

She gave me a hug. “What’s the occasion?”

“I’m your Stanley, come to find your missing Dr. Livingston.”

“Good work. I didn’t know I was missing.”

“You’ve been a bad girl, ignoring your fans.”

“Been busy. They should be.”

“So, I’ve disappeared, heh? Disappeared from what? That little piece of the world has just been added to the rest.”

She laughed. “Even compliments age. Once you would have said you’re looking good, or fine, even beautiful.”

“We’ve achieved a retrospective age. Nirvana Mine?” I asked, picking up the hefty chunk of sky-blue gemstone.

“Come on, I’ll show you.” On the way up a side gulch behind the shack she laid down the law. “You can’t tell anyone about this. It’s a total secret, even—especially—from the locals. Our safety here depends upon it.” There were just the two of them, she and her daughter. “I found it by chance, wandering.”

The mine per se was just a ditch dug into the side of the gulch. “The surface vein was thin, but it thickens as we go lower.” It looked like hard labor. Just walking there, I dripped sweat.

“All I know about gems is what jewelers charge,” I said. “What’s all this worth?”

“I don’t know. I don’t care. The gems are a gift from the earth, hidden in all this desolation. We’re just receiving them.”

Back at the shack, I helped her remove a few floor boards and haul out several heavy sacks of luminous stones, some of which she spread out on the table.

“What are you going to do with them?”

“Nothing. This, look at them. I only gather them to admire them, their timeless beauty. I certainly don’t need any more money. Isn’t this a winner?” She handed me a blade-shaped slab like a small modernistic sculpture alive with many colors. “Maybe when I tire of digging, I’ll select a few favorites as keepsakes and my daughter can take what she wants for her jewelry, and I’ll rebury the rest. They’re not really mine because I found them. The earth can have her secrets back.”

The afternoon was getting on, cliff shadow filling the arroyo. “You better be headed back,” she said. “You don’t want to try that road in the dark, and you can’t stay here in the girls’ dorm. But don’t go back to L.A. Stay at my place. The front door key is beneath the back step. Hang out for a while. I’ll be down in a day or two. I need a shower and some real food. We’ll get stoned and reminisce.” At the car she gave me a kiss and slipped a sea-green gemstone into my hand.

I am writing this at her kitchen table, with a view out the rear window into her wild yard. I think I’ll stay as long as she will have me. The quiet of the place sort of grows on you. I’ve turned off my iPhone. The last text message I sent was, “She’s not here.”